The Major Rules Changes Between Deluxe Edition and Grindhouse Edition 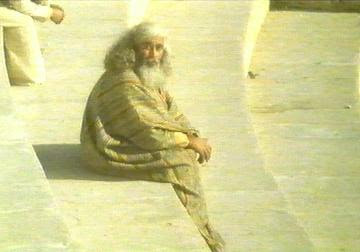 The Spell Lists. All the necromantic and nature-control stuff goes to the Magic-User (Speak with Dead, Speak with Animals, etc), and aside from the classic healing spells, the Cleric is anti-magic, anti-chaos. Most of the whiz-bang Magic-User combat spells are gone - Magic Missile remains as a first level spell, yet scales more as the mage rises in level so that it is the go-to combat spell for the wizard's entire career. Basically high-level Magic-Users are still Really Bad News but not "I'll just take over this kingdom and defeat that army all by myself." Twisted explorers of forbidden knowledge, not walking artillery.

Elves are no longer people. They are creatures of chaos! Basically all these means is spell effects treat them as otherworldly creatures and not humanlike. Good for the elf if someone's casting sleep or charm at them, not so good when facing clerics casting Protection from Evil. Also, no aging for elves at all anymore.

Skill system consolidation, meaning Specialists have just a touch more meaningful advancement, really. (Elves, Dwarfs, Halflings also advance in their racial skills as they advance in level - a high level Specialist shouldn't out-Search an Elf just because he has nowhere else to put points anymore...)

Silver standard for treasure and XP. This is going to look like a huge change but it's purely a cosmetic flavor thing designed to make gold cool and makes copper worth acknowledging. Seriously, the idea that a gold piece is a commonplace thing is poopy as hell. Gold should be A Big Deal! This doesn't affect compatibility, since all you need to do is change "gp" to "sp" in gold-standard material and the game rolls on as before.