About the Cover for Better Than Any Man

This is the cover to the upcoming LotFP Free RPG Day adventure, Better Than Any Man. It is apparently causing some offense.

I would like to state for the record that this Magic-User has no intention of raping this creature she has kidnapped from distant realms and robbed of freedom.

I do apologize for those offended by the frank depiction of subjugated tentacle monsters from Beyond but unfortunately it is too late to commission new suitable artwork for the adventure.

LotFP will strive to promote more empowering depictions of tentacle monsters in the future. 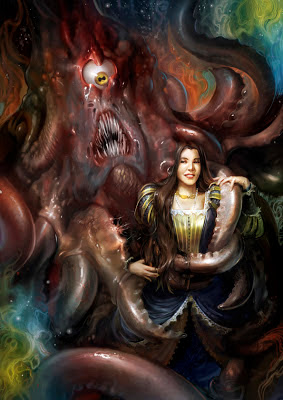 (comments may be made here)
Posted by JimLotFP at 4:23 PM

We've hit $15,000 so we're at Platinum Free RPG Day participation but Feb 20, 11:59pm EST (LESS THAN ONE DAY LEFT) all the rewards are still up for grabs. Exclusive print versions, custom dice, exclusive T-shirt, all that fun stuff.

Click the widget there on the right to go to the Kickstarter page with the full details. 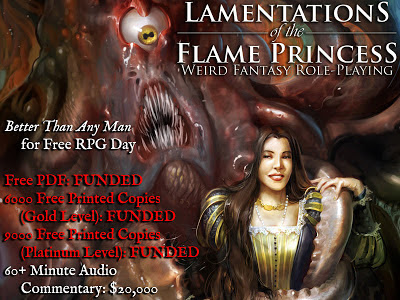 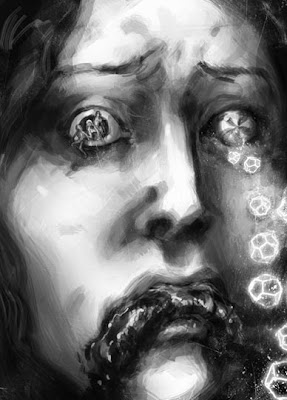 It's going to be a long evening and night of staring at the Kickstarter screen. :P

These will be available only through the Kickstarter, and if I don't get a minimum order number gathered through there I'll get some extras and sell them at conventions, but not through the LotFP store.

If you want a shirt without getting any other stuff, just pick the Zero Level option and put in the $20 (or $22.50 if you're a handsomely husky feller like me). 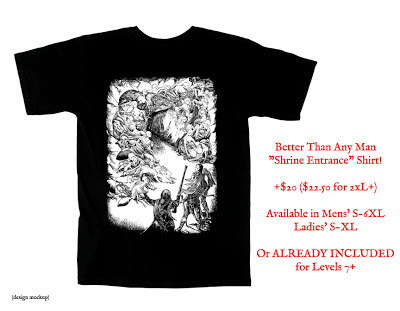 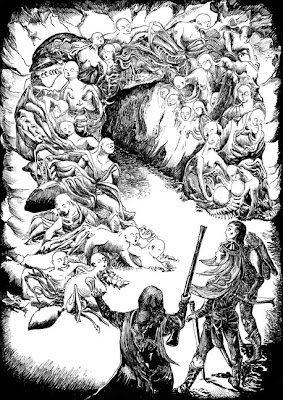 The PDF is just 99¢ on DriveThruRPG and RPGNow through Sunday.
Posted by JimLotFP at 1:13 AM 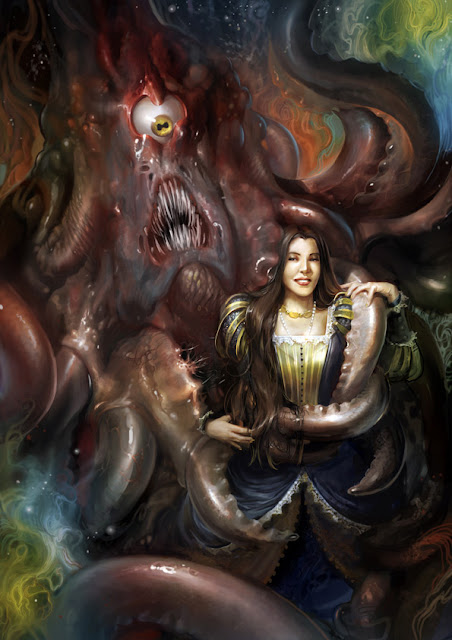 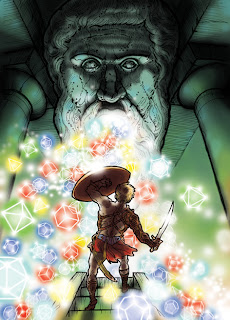 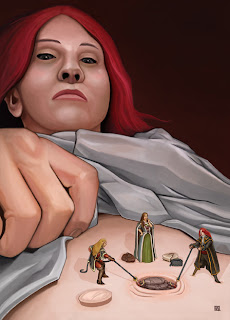 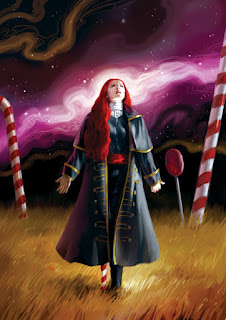 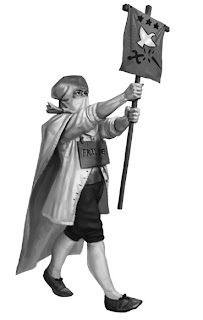 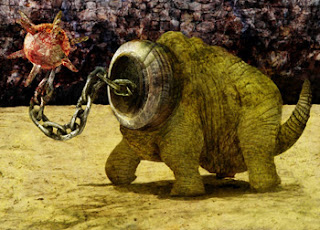 The widget that will have you seeing double while this is the top post:

Anyway, with previous crowdfunding efforts still outstanding there was some considerable hand-wringing about doing this one (and I put it out there here, as previously mentioned on this blog), but the strict deadline for Free RPG Day forced my hand. However, you'll notice the participation of other publishers - this is to make sure there are items that can be delivered immediately after payments are deposited at campaign's end. And previous supporters can get an added doohickey at no extra charge on the current campaign. And nobody working on any of the outstanding material is involved with the new Kickstarter stuff*.

As for the adventure itself, large parts of the innards are reworked portions of Insect Shrine of Goblin Hill, Rainville's doing a ton of new art for it (and the map for Navelgazer), Cynthia Sheppard and Amos Orion Sterns and Dyson Logos and Geoffrey McKinney and Zzarchov Kowolski and more are involved with Better Than Any Man and/or the reward adventures.

As more art and stuff comes in, I'll be updating the Kickstarter page.

* Two exceptions: Jez is in the middle of doing layout for Seclusium but he made two slight adjustments to an existing art piece for Better Than Any Man, that's already done and took negligible time. And since Sheppard can't get started on interiors for Seclusium until that layout is done, she's doing a quick cover for Zzarchov's Lamentations of the Gingerbread Princess.

(comments on this post can be made here)
Posted by JimLotFP at 12:34 AM

Lots of comments (over 100!) before we even finished the interview. Go watch!
Posted by JimLotFP at 10:25 PM 2 comments: