The new releases and their prices (with details on each to follow below):


We also have some bonus items you can get: 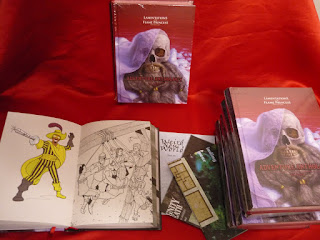 This collects looooong out of print LotFP classics The Grinding Gear, Hammers of the God, Weird New World, No Dignity in Death: The Three Brides, and People of Pembrooktonshire (all by James Edward Raggi IV) in one volume. Thread-sewn hardcover, all new graphic design/layout by Alex Mayo, and all new art, over 250 pieces, by Kelvin Green. This thing is as thick as Veins of the Earth, a beast of a book, and includes three poster maps! 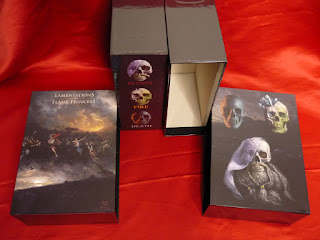 This will be available through the EU webstore only, as an optional add-on to the Adventure Anthology: Blood book. 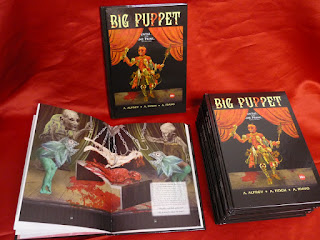 Oh how to describe this one without spoiling the shit out of it for potential players... there are mysteries and funny goings-on within a local theater, rumors of strange plots, and controversy surrounding the grand guignol! Written ostensibly as an adventure, it also doubles as a sourcebook detailing a strange race of aliens and their technology! 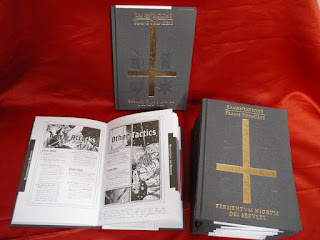 I'll just reprint some of the introduction to give you a taste of what this one is all about:

"If only every monster in the world could be clubbed to death and looted. Some adversaries, unfortunately, are too insidious to be overcome that way. They resist and overcome us by being everywhere we turn, by infecting both us and the world around us, by rewriting us from the inside. That’s what Fermentum Nigrum Dei Sepulti is all about.

Sure, it’s wrapped up in an exploratory dungeon crawl packed with beer and ... Cistercian monks and the fallout from a horrible revenge story, but this adventure is really about an elusive antagonist that hijacks the protagonists, changing them in ways that leave them complicit in its monstrous acts and mired in the shadowy, ambivalent place where their free will used to live." 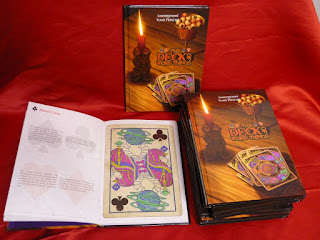 It's a book, not a deck of cards, but it's a book about a deck of cards! It's a magical deck designed to be introduced early into your campaign and players will just have to decide if they want to gamble with their characters' lives and abilities! You know, like that other brand's Deck of Things, but Weird. And we're not limited to 22 different results... oh no. We use all the cards in a deck, and each standard card has four possible sub-results, so this thing will be the gift that keeps on giving!

This book is "fundraiser-priced," for reasons that will be explained at the end of this post. It is limited to 500 copies, and will be available only through the EU webstore.

If you buy this book and use the promo code WEIRD when checking out, you get free shipping on your entire order, so now is a good time to fill out your collection! 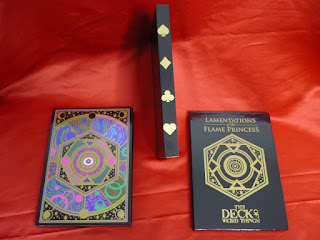 There is also the option for a fancy-ass heavy duty slipcase for this book, featuring special 5-color printing! This is the most expensive thing (as in, how much it cost me to make) on a per-unit basis I've ever had manufactured for sale. Slipcase limited to 100 copies. 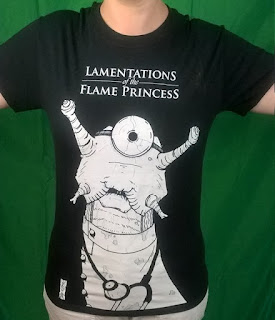 Self-explanatory. Available only through the EU webstore. 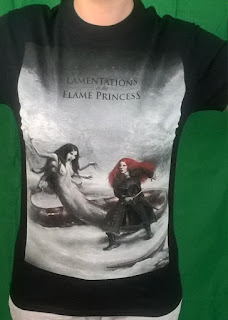 Found out the shirt place we've been using the past few years can do 10-color print so finally this classic image (first seen on the 2010 LotFP boxed set!) is on a t-shirt!  Available only through the EU webstore. 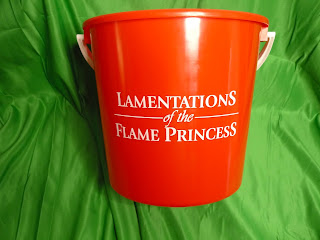 Finns love buckets. Don't ask me why. So we had some Official LotFP Buckets made for Ropecon in Helsinki last year. We had some left over, and we were going to give these away at conventions this year... but there are none! If you buy all four of the new books (AA:B, Big Puppet, Deck, Fermentvm) you get a FREE bucket, while supplies last! We have 48! 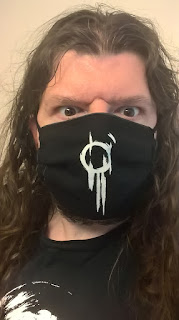 yup, we're doing this. It's double-layered cloth, I have no idea how medically valuable it is but a Finnish health official was linking to a New York Times article about how to turn old t-shirts into face masks so probably at least somewhat! If you buy all four of the new books (AA:B, Big Puppet, Deck, Fermentvm) you get a FREE mask thrown in with your order, while supplies last! We have 200!

Another thing we usually give away at conventions. If you buy all four of the new books (AA:B, Big Puppet, Deck, Fermentvm) you get a FREE pen, while supplies last! I have no clue how many of these we have left, hundreds I think. 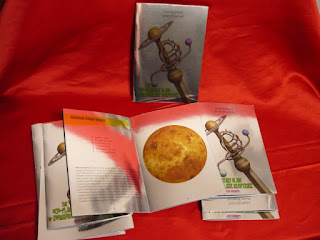 Jeff Rients wrote us up a long-form magic item and it is wonderful and weird!

And this is no-shit the most expensive book to print, on a per-unit basis, we have ever done. We originally wanted to do this on pre-manufactured mirrored board... but that didn't work. So they completely covered every sheet of heavy-duty white paper used for this project in metallic silver ink, left it all to dry a few days (thousands of sheets of paper hanging to dry... why did they not take a picture?), and then printed the book on THAT. A collector's item if there ever was one.

If you buy all four of the new books (AA:B, Big Puppet, Deck, Fermentvm) you get a FREE copy, while supplies last! We have 200!

This one is for all the marbles. As you're probably aware, LotFP has gone through a rough patch the past year and a half.

A more thorough explanation for those who will surely ask:

After a record 2018, webstore sales hit a wall in January 2019 (I assume because of increased Finnish postal costs; November and December 2018 were strong and then *bam*), but we were supposed to have a new US-based webstore opening in the early summer. So I was confident that I was in for a fifth straight year of growth and prosperity, and made plans to take care of that.

The exact same week the Zak allegations hit in February 2019, I received the last of series of business loans totaling just about 70,000€. These would cover a number of reprints (which sell slowly and thus take more time to recoup their costs, making them very difficult to finance from normal cashflow), and convention expenses for the year. I secured these loans based on the fact that I'd grossed over 250,000€ the previous year, had two new Zak books set to come out in 2019 (not to mention Red & Pleasant Land as one of the reprints), with a few other new books on the schedule as well.

The fallout from the Zak situation was that his upcoming work, and the Red and Pleasant Land reprint, were canceled. Everything else went into disarray and only one full-fledged (not limited edition) release happened all year, and that was a low-price short adventure. The US fulfillment center fell through and didn't get going until over half a year later than scheduled.

Even so, convention sales in 2019 were greater than 2018 (and we did one less convention in 2019!), retail distribution sales was about even year-to-year, PDF sales were down a bit... but direct webstore sales were down 80% for the year. And direct sales are where we traditionally make most of our money. Webstore sales plummeting has almost killed the business: Gross sales were in total 40% down, and the profits (AKA my personal income) went from (rough numbers) 45,000€ in 2018 to 3,500€ in 2019. That's not a typo.

And now with the pandemic, conventions for the entire year are gone (conventions accounted for 25% of last year's gross income). Distribution/retail sales (by far the biggest income source last year) were wiped out completely for a time due to shutdowns and at best will be weak for some time to come due to the pandemic.

And so here we are. Pretty much all of these new items were financed on credit, sparing no expense to make these the best books we could, and it's time for what just might be the last stand. It is my hope that not only can we clear this debt, but we can get a bit of a cash stockpile so we can make sure the next batch of books (and the next, and the next...) are up to LotFP standards of quality and deliver significant royalty payments to their authors.