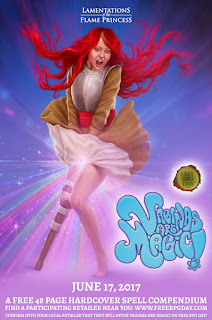 Veins of the Earth out now, and First Reviews! 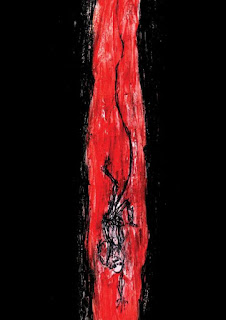 Veins of the Earth, writing by Patrick Stuart, art by Scrap Princess, layout and design by Jez Gordon.

Available here in print or here in PDF.

You can hit those links and see the official promotional material, but it might be more valuable to see what paying customers have already said:

"Evocative hints, and inspiring prose rather than excessive rules driven explanation alone would make Veins of the Earth an outstanding setting book, but the way it marries mechanics to setting intent and mood of play is a very rare accomplishment."
(full review here)

"If you are interested in running games that extend below the surface, I’d put this on a must-have list for the sheer amount of inspiration and research it condenses alone."
(full review here)

And Patrick and Scrap did an interview here. 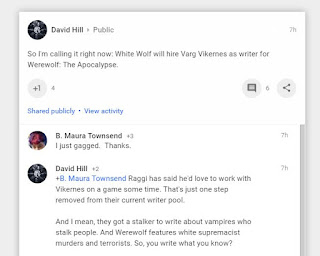 (this is posted here because it keeps getting deleted from G+)
Posted by JimLotFP at 12:24 PM

Donate $50 or More to the ACLU, Get a Free LotFP Book 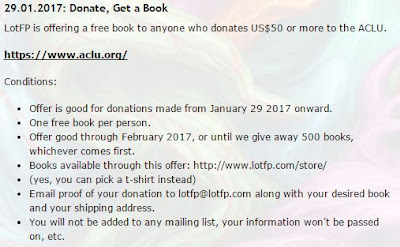 As of this writing we've already gotten over $3600 in donation receipts to be redeemed for books. Well over 400 books still available in the offer.