Zak is a scary smart dude.

He is smart. I suspect smart all-around in life, but my main contact with him is concerning gaming matters. And he writes some of the smartest stuff I've seen in gaming. Go to his blog and read it for yourself. His Vornheim book (which I published) won a technology award at a primarily video game-focused convention, for crying out loud. and just you wait until you see Red & Pleasant Land.

He is scary. You don't want to get into an argument with Zak. He is a pitbull. If your argument is sloppy, or if you claim something to be true but cannot back it up with real evidence, he will eat you alive. With his big, sharp, nasty pitbull teeth. Bite by bite, strip of flesh by strip of flesh. You're fucked.

I mention this because there have been accusations flying around lately, after the recently released D&D 5e material credited him as a consultant. (He revealed his hiring as a consultant, and most of the people making the recent claims knew he was hired as a consultant, TWO YEARS AGO. Why the furor now?) They say he's this-ist and a that-phobe. People make accusations, but funny enough, the evidence just never seems to show up, but the people making the accusations are the ones that have in the past argued with Zak, and argued badly, and got sent away tail-between-legs.

And to my eyes, that's what this is all about. Zak is a Dumbassist. If you are a Dumbass, Zak will expose you and humiliate you with extreme prejudice. He will not treat you with the polite and condescending pity that most people will when they discover you are a Dumbass. He won't stay silent for the sake of being pleasant or for the common peace, because I think to him, "pleasant" is a condition impossible to achieve in the presence of Dumbasses. He wants Dumbasses to smarten up and no longer be Dumbasses, or he wants them to go away.

And this is indiscriminate. No matter your color, your creed, the status of your genitalia, your preference for other peoples' genitalia, or your physical condition, Zak will pull you like a weed if you are a Dumbass. He's a walking Protection from Dumbasses 10' Radius spell.

Dumbasses can't figure this out (no shit, they're Dumbasses!), and figure there must be some other reason for Zak's behavior. So then, the parade of horseshit allegations that are almost never examined, never questioned, just accepted as true because Dumbasses are herd animals.

If you read an article criticizing (or downright blasting) Zak, see if they did actual research. See if they show their work. See if they speak of actual incidents and actions or if they just refer to vague, unspecific claims of behavior. See if they allow you to look at the sources for what they are talking about to allow you to make up your own mind. See how they respond to you if you ask questions about their version of events, or ask for any evidence of claims.

Then ask Zak about the issue. See if Zak can back up his argument with sources, see if Zak can point to quotes and context and full links (or at least transcripts) to allow you to make up your own mind. See how Zak reacts to questions concerning his view of events. (Warning: Ask in good faith, and be prepared to answer questions in return - Zak will want to figure out if you're a Dumbass or a reasonable human being if you engage him in conversation.)

The main thing is, don't believe me (Zak makes me money, I'm biased!), don't believe anyone. Do the research and then make up your own damn mind. Not just about Zak, but about everything, and everyone.

Zzarchov Kowolski's Thulian Echoes adventure is now available in PDF form! You can get it from RPGNow or the LotFP Webstore. 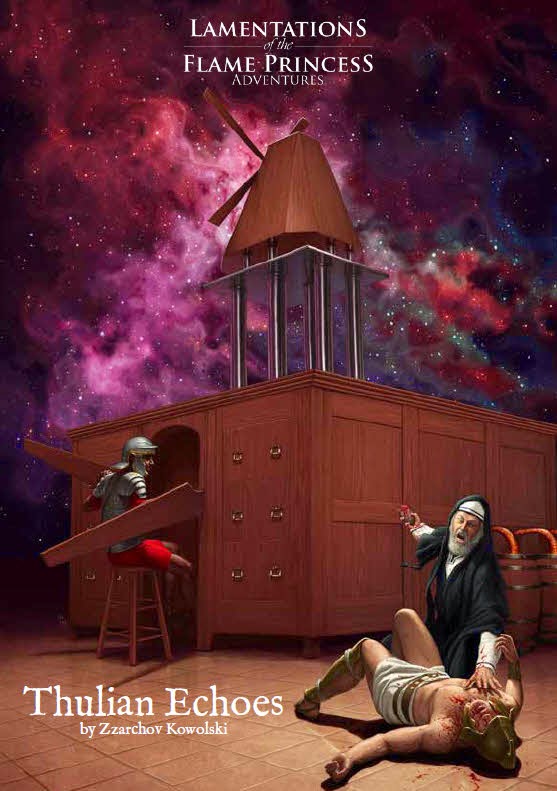 (If you're wanting just Thulian Echoes right now, I recommend getting it from RPGNow to avoid the minimum order fee from the LotFP store.)

(The print version is exclusive to those who bought it as part of the Ref book campaign last year.)
Posted by JimLotFP at 6:56 PM

LotFP's 2014 Free RPG Day release is now available as a Pay What You Want PDF! Download it for free here, then decide for yourself if it's worth paying for, and if so how much. 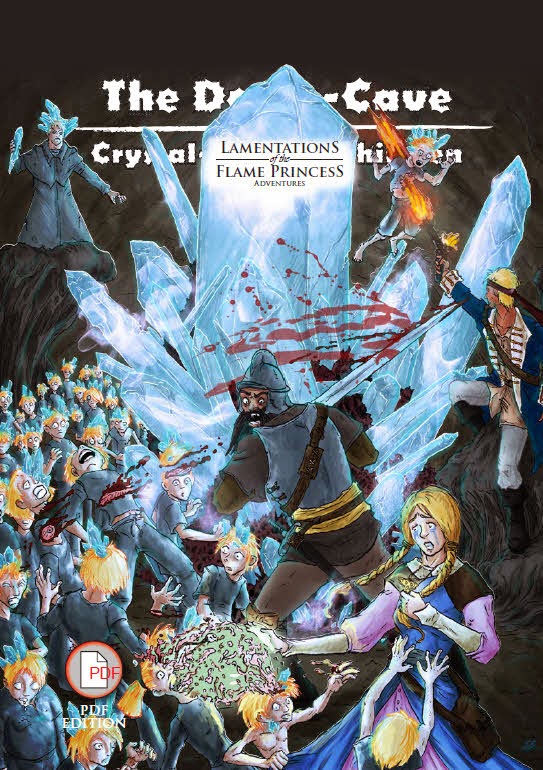 Also, the voting for next year's ENNIEs judges is happening here.

The following candidates mention LotFP in their pitches here:

So if you want ENNIES judges of a more cultured and refined taste, those are good people to vote for.
Posted by JimLotFP at 4:53 PM

To celebrate the achievement, we've made his Vornheim PDF Pay-What-You-Want over on DriveThru/RPGNow until the World War Three episode of Doctor Who airs here in Finland! (15:10 Finnish time Wednesday)

Vornheim, if you didn't know, is the award-winning RPG supplement that details both the city of Vornheim (featured on the webshow I Hit It With My Axe) and a plethora of tools to make running improv city adventures a breeze!

Vornheim won the Golden Crown Award for Best Supplement for a Role Playing Game... FOR THE WHOLE DECADE!

Vornheim was also nominated for the Diana Jones Award for Excellence in Gaming shortlist in 2012, and was also an honorable mention for the 2012 ENNIE Award for Best Aid/Accessory!

Don't believe in stuffy awards? Well listen to what fellow industry professionals have to say about Zak:

"Folks, seriously. This hobby's already bad enough. It's no big surprise when someone like Zak S or James Raggi or whoever else does these kinds of things, they're open about how toxic they are."
-Brandon Schmelz (Fünhaver Games)

"I say this as someone who actively hates Zak (something I don't say about many people), like I really think he should self-eject from this planet."
--Fred Hicks (Evil Hat Productions)

You can't buy better endorsements than those, so head on over here and Pay What You Want for Vornheim!