Stop Trying to Kill Me and KILL ME

But that's their right. I'm sure the hardcore 4e players think our games are fuckin' lame. 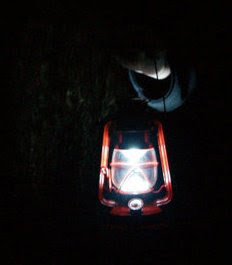 Trust my judgment, for I dwell in darkness.
Let's talk about the watering down of the play experience of the clones, or even older editions of D&D, in order to accommodate the fragile sensibilities of 4th edition players.

Look, 4th edition players are right hard and are willing to put up with a lot of shit in a game. They have to be in order to spend 5 hours doing a 1st level combat against 3 kobolds which they had to spend $250 to get the minis for because of the "surprise!" random minis business model that 4th edition uses.

And they're perfectly capable of playing another game. Do you think 4th edition players sit down to play Monopoly and argue that their Hat doesn't give them kool powerz and that it's unbalanced against that dumb shit little dog? (seriously, who plays the dog? I always want to run it over with the car. But there are no rules for that. It has a car, a dog, tons of streets, but no driving rules. Fucking broken stupid shit game.)

So when you sit these people down to play Swords & Wizardry, Labyrinth Lord, OSRIC, or god forbid Lamentations of the Flame Princess, they will understand that game play isn't just like 4th edition. They can handle the concept, and they will adapt to your powertripping bully methods of running a game quite quickly. Ron Edwards was not correct - games different than your own do not cause brain damage and inability to grasp differences between playstyles and different atmospheres and intentions of different games.

Just point out a few things. Take LotFP/LL/S&W. Maximum hit points for fighters? 8 (unless someone cheats and gets a high ability score roll that happens to be in the Constitution slot - yeah, right). How much damage does a normal sword potentially do? 8.

Tells you something about the game, right? You think the stereotypical system mastery youngster is going to miss a detail like that?

Don't go easy on the players. They'll get it soon enough. For all the crap on the LotFP character sheet, the process of creating a character and filling out the sheet took 10 minutes, tops, last weekend. With total newbies. Not counting equipment. That's another matter. But all the mechanics and game stat junk? No time at all. (LL and S&W characters even take fractionally less time) So who cares if the front door kills somebody? It'll take less time for that player to make a new character and rejoin the game (they'll know how to make a character and how to choose equipment already) than it will for the other players to figure out how to get in the damn door.

And they'll be on notice that shit ain't there to provide cinematic adventure and thrilling victory as a default state and that death can come cheap if you aren't careful.

Tower of the Stargazer is supposed to be an introductory adventure. Fresh off the farm players playing fresh off the farm characters. The front door kills. Shit, walking to the front door may kill. Have you played through the solo adventure in the Tutorial book? If anyone survives it on the first try, I'd be inclined to say they cheated.

I don't think that the LotFP game is any deadlier or nastier than any of the other traditional games out there. Shit, I'm still surprised that people see it as any different at all.

My point is that LotFP really doesn't have any different assumptions or provides different gameplay than any of the other games in its class - not at first level, anyway - but that it doesn't hide those assumptions. It doesn't hold anybody's hand and try to hide the nastiness from any of these new school role-players running around. It introduces those assumptions as a matter-of-fact everyday part of the game. "Hi! I'm low-level character mortality! Nice to meet you!"

Look, old school or neoclassical or traditional (or whatever word we need to use to communicate that it's a normal frickin game and not some newfangled overcomplicated monstrosity of a play experience) games are different games than 4e.

The differences between the games should be highlighted, spotlighted, given center stage, strung up with lights, sing and dance, and shown directly to the players. "Danger, uncertainty, excitement!" over treasure parcels, balanced encounters, and default assumptions of heroism. Simple character archetypes allowing you to get straight to it instead of special snowflake individual exceptionalism.

Those differences are the whole point of using one game instead of another. If you smooth out the differences between games, what you're giving people is a watered-down play experience. Period. You can't out-4e 4e because, well, 4e is sitting right there and it's better at catering to 4e-centric tastes than what you're trying to introduce them to, no matter how you dodge, duck, dip, dive and dodge around the issue. Don't snuff the candle out at both ends.

Give the whole game experience of the game you're going to play (and not the game they played before!) to them. Full-on. And let them make their own damn mind up for themselves. Some will like it and prefer it. Most don't give a fuck at all as long as they're with agreeable people and the guy running the game isn't shit at it. Some won't like it, but screw them, and find someone to replace them. But don't go all pansy-wansy like you're apologizing that the game you're offering isn't the game they've expressed a liking for.

Don't fudge a system or an adventure like you would a die roll that "doesn't come up the way it's supposed to." Have confidence in it.

That's not a suggestion.