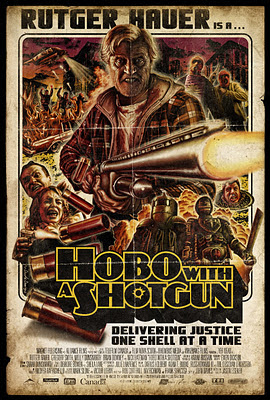 Hobo with a Shotgun is like an OSR kind of grindhouse movie. It's clearly made with love and an homage to just how wrong a lot of those 70s movies were, but at the same time it's a movie that can only be made with that 30-40 years of reflection. It's very self-aware, but in this case that makes the movie. It is the movie. It's a love-in to the genre.
You know, you watch those old movies and they're trying to make a hard-hitting and serious movie but what they've made is a movie which has edges so raw it freaks people out. This one goes for the hard-hitting and the freak-out but forgets about serious. For the most part it's a "mean streets in a corrupt city" thing, but it might be a wetter movie than Brain Dead.
This probably isn't a "good movie," but it's a grainy movie made in Technicolor and it's called Hobo with a Shotgun and whatever else you can say about the movie, it delivers everything it promises and then goes right over the line with it.
The Thing 2011 (spoilers, although these spoilers are summed up as "It really really is a prequel")
Not a bad movie, but there is absolutely nothing particularly good about it either. Carpenter's was a masterpiece in its own way.
It's also interesting that a decently-budgeted movie with studio support was allowed to be such an explicit prequel to a 30 year old movie that never did all that well (financially) to begin with. They take some pains to make sure everything ends up as MacReady and co. find it later on. Hell, as soon as you find out one of the Norwegians don't speak English, you know he survives because at the beginning of Carpenter's movie the Norwegian they shoot doesn't speak English! (the movie ends with the Norwegians in the helicopter chasing the dog...)
But instead of being a remake that either stands or falls as its own thing (or in comparison to the previous version... Carpenter's movie wasn't the first time the story was told after all!), this one is handicapped by the fact that it is a prequel. Stylistic differences become wrong (and I'm not talking film stock or anything overly ridiculous like that), and inconsistencies become not a different artistic or technical interpretation but wrong. And there were such stylistic differences and inconsistencies.
The monster is seen way too much, it acts way too movie-monstery and aggressive (no way this is the same creature in Carpenter's movie), and a lot of times the reactions of the people in this new movie just didn't ring true at all. They didn't sell the paranoia and fear of the people very well at all.
As a generic monster movie? C+, competent and not stupid but nothing spectacular at all. As something that should supposedly work for a back-to-back showing, D.
Dead Ball

A preternaturally gifted criminal baseball player (he jumps into outer space to gain momentum for his fast ball) must join the prison baseball team as commanded by his Nazi warden. With deadly results. 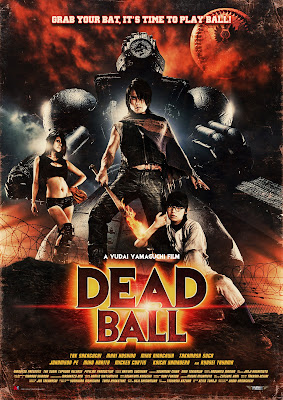 (more money put into this poster than the rest of the movie...) 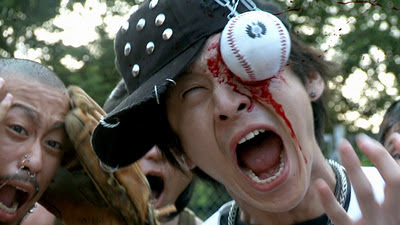 (It's that kind of movie) 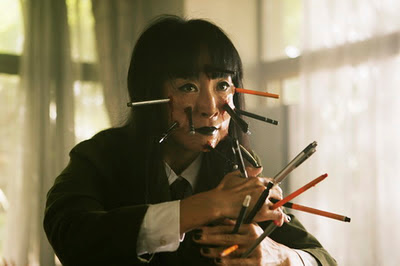 (There are a lot of Nazis in this movie. And a Hitler shrine. But it's OK, they're the villains. And described as having "segregationist" policies, but that may just be a bad translation.) 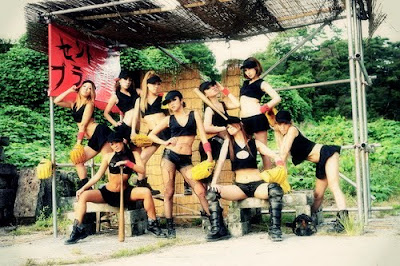 (The St. Black Dahlia High School baseball team. Did I mention that this is supposedly about teenagers?) 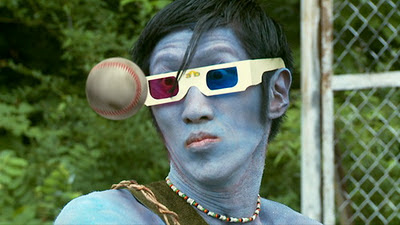 (yes, they had a character whose entire purpose is to go "Hahaha, they're making fun of Avatar!)
Posted by JimLotFP at 9:33 AM