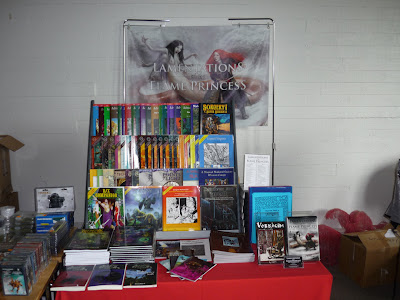 The first thing that became apparent is that I should have booked two tables. Having everything on one table means a lot of those books aren't getting their covers displayed, and no display = people aren't checking them out.
But I was being cheap, and the second table would have cost twice as much as the first (they want as many different vendors in there as possible), so here we are.
Still, it's a friggin treasure hoard for those that take the effort to see what's on the darn shelf. :D
Posted by JimLotFP at 6:58 PM