A Look at the Isle and Carcosa Maps!

Just got the proofs in for the cloth map extras I'll be offering when the books go on sale next week. These maps will be printed in the appropriate book's endpapers, but I thought it would be good to offer stand-alone maps as well. 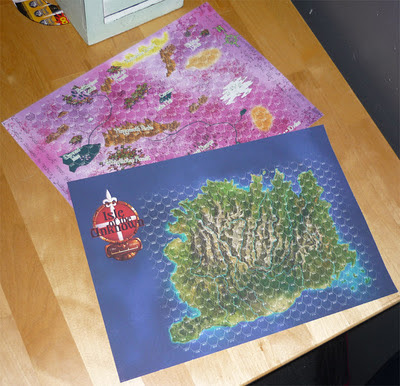 I originally planned on doing them in the soft-cloth Ultima style. But those aren't good for a lot of detail, because the ink bleeds too much on that material, and I wanted the hex numbers to show up on these maps. They're perfect for player maps, I think. (hexcrawl exploration purists are going to lynch me for that one, aren't they?) This next shot was supposed to show off the material - it's a soft canvas-like fabric, but the texture of the back of the map didn't show up too well... but you can see a bit more detail on the maps themselves so why not. 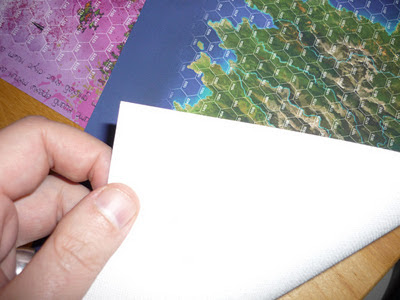 Email ThisBlogThis!Share to TwitterShare to FacebookShare to Pinterest
Labels: Carcosa, Isle of the Unknown