LotFP Debuts on the Big Screen!

A 40 second LotFP promo spot debuted before the showing of The Whisperer in Darkness tonight at Night Visions!

Fumbling around in the dark with a digital camera with the flash turned off, I only managed to get two lousy pics as evidence: 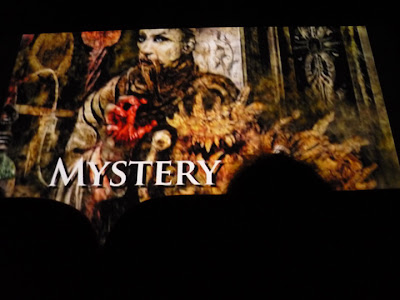 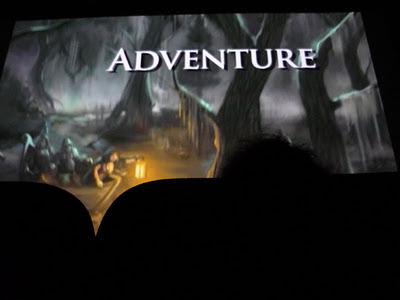 Probably would have been better shots if I wasn't taking them from my seat in the third row, but what the hell, right? There were 360 witnesses for that showing alone, I don't need that much photographic evidence. :)

And in the Q&A with Whisperer director Sean Brannery, my question was "How did Sandy Peterson get involved with the movie?" Which meant the guy had to explain who Peterson is and talk about the Call of Cthulhu RPG before giving the answer (he provided funding to get the movie finished).

So what did you do today to expose tabletop RPGs to new audiences? :P
Posted by JimLotFP at 1:26 AM