Heads up on a couple things:

The fundraiser for the LotFP 2014 Free RPG Day adventure, hoping to finance up to 10,500 copies of a new adventure to be given out free in game stores all over the world in June, is now live. There's one exclusive adventure by Rafael Chandler up for grabs there, plus a new shirt, and other merch only available as part of this campaign. Yeah, there are other things to be done, but Better Than Any Man was pretty cool last year, so might as well try to do it again this year.

Also want to help you budget your gaming purchases by letting you know that going to the printer this coming week are two big adventures: Kelvin Green's Forgive Us (formerly known as Horror Among Thieves, layout by Eero Tuovinen) and Zzarchov Kowalski's Scenic Dunnsmouth (art and layout by Jez Gordon). Forgive Us will be a 48 page softcover with two short back-up adventures and will be 12€ before shipping or taxes. Scenic Dunnsmouth will be a 112 page softcover, printed in two colors, and will be 17,50€ before shipping or taxes. They should be back from the printer and on sale at the end of February/beginning of March through the LotFP store. More info on these releases at that time.﻿

And about other stuff:

Another Shitty Adventure is written but hasn't yet been played, hoping to get Navelgazer in that state by the end of the month, Broodmother is still waiting for art, Towers Two is waiting for art. Late but slowly but surely getting there. And work continues on the Ref book and all the fun stuff associated with that - it's turned into a huge monster of a book.

Here's the cover for Another Shitty Adventure, by Rick Hershey: 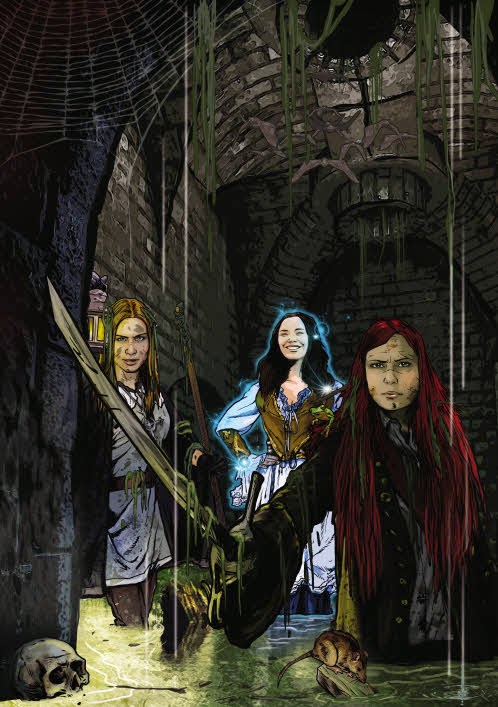